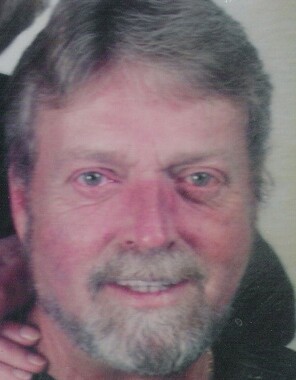 Back to Stephen's story

Stephen L. "Steve" Pearson, age 72, Logansport, passed away at 2:28 a.m. on Thursday, Dec. 5, 2019, in Logansport Memorial Hospital.
Born May 13, 1947, in Logansport, he was the son of Clarence and Stella Conrad Pearson. His mother survives, residing in Logansport.
He was married on Dec. 6, 1980, in Logansport, to Linda Olson, who survives.
A 1965 graduate of Logansport High School, Steve had been employed at Exide Corporation, Trelleborg and was the retired owner and proprietor of Steve's Place.
He was a member of the Logansport Elks, BPOE #66, where he held many offices. He was the Past Exulted Ruler. He enjoyed visiting his friends at the Elks and very much enjoyed being around people.
Steve was a Chicago Bears and IU Basketball fan and was especially a die-hard Chicago Cubs fan. In earlier years he enjoyed playing golf and bowling. He enjoyed watching Westerns on television.
Surviving, in addition to his wife and mother, are his children, Sonja (Rick) Ward, Logansport; Jennifer (Mark) Strege, Brownsburg; Bryan (Melissa) Gleitz, Logansport; Amy (Bret) Roland, Logansport; and Stephen "Stevie" (Jessica) Pearson, Logansport; brother, Glenn (Brenna) Pearson, Logansport; sisters, Connie (Ron) Brown, Lafayette; and Marylou (Larry) Zeck, Logansport; 11 grandchildren, four great-grandchildren and a number of nieces and nephews.
Preceding in death are an infant daughter, Kimberly Pearson, and his father, Clarence Pearson.
Visitation will be from 3-7 p.m. on Monday, Dec. 9, 2019, at Kroeger Funeral Home. The Logansport Elks will conduct a memorial service at 6:30 p.m.
The funeral will be at 10 a.m. on Tuesday, also at the funeral home, with Rev. Aaron Gross officiating.
Interment will be in Ever Rest Memorial Park.
Memorial contributions may be made to the Logansport Elks to support the food basket program.
Family and friends may leave a memory or message of condolence by visiting the online obituary at www.kroegerfuneralhome.com
Published on December 6, 2019
To plant a tree in memory of Stephen L. Pearson, please visit Tribute Store.

Plant a tree in memory
of Stephen

A place to share condolences and memories.
The guestbook expires on March 05, 2020.