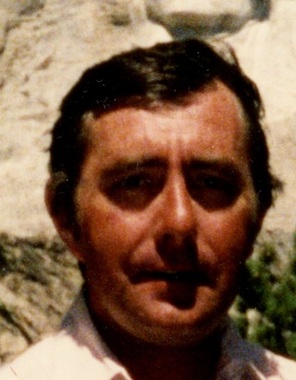 Back to Larry's story

Larry Joseph Meyer, 70, Apache Junction, Arizona, passed away Saturday, Dec. 7, 2019, at home with his loving wife, Kathy, by his side after a battle with Lymphoma cancer under the care of East Valley Hospice.
Born on Dec. 22, 1948 in Sheldon, Iowa, he was the son of Verlyn and Clairene (Jonas) Meyer.
Larry was a 1966 graduate of Worthington High School in Worthington, Minnesota. Upon graduation, he joined the United States Navy, serving on the USS Kearsarge CVS 33 in DaNang and Vietnam between 1966-1969.
After leaving the Navy, he went to work for North Electric. He went from state to state installing equipment that we know as direct dialing for several phone companies. In 1976, he went to work for Contel phone company as telephone technician in Mound, Minnesota. Although the company changed names several times throughout the years, Larry worked there for 30 years.
Upon retirement, he worked with Waters Edge Transportation driving the elderly to appointments.
Larry and Kathy are members of Our Lady of the Lake Catholic Church in Mound, Minnesota. He was very active in the Twin City F 100 Club. Larry was the proud owner of a 1954 Ford F 100 pick up. His love for classic cars includes his 1971 Chevy Corvette. He enjoyed World War II aircraft.
On May 10, 1986, in Our Lady of the Lake Catholic Church, he was married to Kathy (Scripter) Meyer, who survives.
Surviving wife of 33 1/2 years, Kathy, Apache Junction, Arizona; mother, Clairene Meyer, Apple Valley, Minnesota; sister, Marcia (Don) Gamer, Farmington, Minnesota; two grandchildren, Shaun (Andrea) Curran, Kansas City, Kansas, Kimberly (Matt) Kite, Pensacola, Florida; nephews and nieces; and great-nephews and great-nieces.
He was preceded in death by his father, Verlyn Meyer, and step-son, William Kite II.
A funeral service celebrating Larry's life will be held at 1 p.m. Wednesday, Dec.18 at Fisher Funeral Chapel. Interment will follow in Ever-Rest Memorial Park.
Following burial, there will be a celebration of life at Clay and Misty Bay's home at 1709 Michigan Avenue, Logansport.
Friends will be received from 11:00 a.m. to 1:00 p.m. at Fisher Funeral Chapel.
You may share memories and words of comfort on Larry's Tribute Wall at www.fisherfuneralchapel.com
Published on December 13, 2019
To plant a tree in memory of Larry Joseph Meyer, please visit Tribute Store.

Plant a tree in memory
of Larry

A place to share condolences and memories.
The guestbook expires on March 12, 2020.