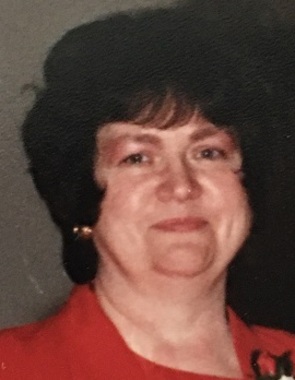 Back to Judy's story

Judy Eileen (Adams) Cotner, 76, Logansport, passed away Monday, Feb. 11, 2020, at the Life Care Center of Rochester.
Born Oct. 13, 1943, in Logansport, she was the daughter of the late Walter Adams and the late Eileen (Davis) Adams Hunt.
Judy was a 1962 graduate of Logansport High School. Following high school, Judy worked in the office at the WSE car dealership.
Later, she worked as an electrical harness assembler for TAY-MOR Industries. She was also a librarian at the Logansport State Hospital, where she greatly enjoyed talking with and encouraging library patrons.
On March 27, 1981, in Logansport, she was married to James M. Cotner, who preceded her in death.
She is survived by her brother Robert Adams, Spokane Washington; her two sons and daughters-in-law, Tim and Liz (Browning) Newell, of Logansport and Daniel and Deirdre (Kroeger) Newell, of Lutz, Florida; eight grandchildren, Eric, Adam, Brayden, Abigail, Cailynn, Lily, Daniel and Elliott; and her nieces, Patty Dyer, Logansport; and Tamara (Adams) Reeve, Kandice (Adams) Baisler, and Stephanie (Adams) Schlosser, Washington.
A funeral service celebrating Judy's life will be held at 2 p.m. Friday, Feb. 14 at Fisher Funeral Chapel with Pastor Steve Ferris officiating.
Interment will follow at the Mount Hope Cemetery.
Friends will be received from noon until the time of the service at the chapel on Friday.
You may share memories and words of condolence on Judy's Tribute Wall at www.fisherfuneralchapel.com
Published on February 12, 2020
To send flowers to the family of Judy Eileen (Adams) Cotner, please visit Tribute Store.

Send flowers
in memory of Judy

A place to share condolences and memories.
The guestbook expires on May 12, 2020.

Donna March
Judy and I were classmates at Noble Twp elementary school. She was so much fun to be around. My sympathy to the family.
Gene Alber
Judy and I due to alphabetical seating were often together in homeroom and classes. She had a tremendous sense of humor and certainly was a great classmate.
GARVIN SPENCER
DAN, SO SORRY FOR YOUR LOSS. MY PRAYERS TO YOU AND YOUR FAMILY.
View all