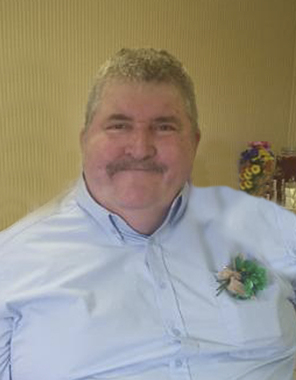 Back to John Gilbert "Gil"'s story

John Gilbert "Gil" Leonard, 62, of Monticello, passed away on Thursday, Dec. 5, 2019 at Eskenazi Hospital in Indianapolis.
He was born on May 18, 1957 in Logansport to the late John Kenneth and Pearl (Silver) Leonard of Buffalo. He married the former Arlene (Hero) Benninghoff on April 15, 2017 after dating for twenty years.
Gil was a 1976 graduate of Logansport High School and received his associate degree from Lincoln Technical Institute. He worked for NIPSCO for more than thirty years. He first worked as a meter reader, then at the hydro and later as an instrument technician at the Wheatfield Power Plant from which he retired.
He was an AMVET Rider and an ABATE member.
He enjoyed darts and was a dart master. He also enjoyed fishing, camping and building. He could fix anything and tried to make everything. He was truly a Jack of all trades.
He is survived by his wife, Arlene of Monticello; mother, Pearl Leonard of Monticello; daughter, Angella Leonard of St. Louis, Missouri; son, John Leonard of Remington; step-daughter, Amy (Jeff) Patterson of St. Louis, Missouri; step-sons, Jeremy Benninghoff of Westville, and Ryan Benninghoff of South Bend; grandchildren, Landin, Aaliyah, Chayce, and Aden; and sister, Dodi (Paul) DeWitt of Young America.
Visitation will be from 1 p.m. until the time of memorial services at 3 p.m. on Saturday, Dec. 14, 2019 at Springer-Voorhis-Draper Funeral Home of Monticello.
Memorial contributions may be given to the Buffalo Volunteer Fire Department.
Messages of condolence may be extended at www.springerfuneralhome.com
Published on December 10, 2019
To plant a tree in memory of John Gilbert "Gil" Leonard, please visit Tribute Store.

Plant a tree in memory
of John Gilbert "Gil"

A place to share condolences and memories.
The guestbook expires on March 09, 2020.