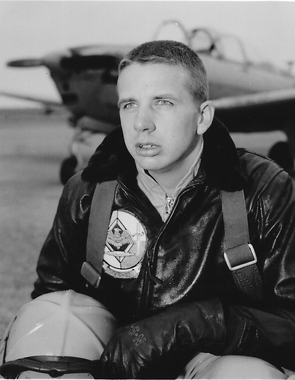 Back to Henry's story

Henry "Hank" Capron Schmidt (Oct. 26, 1937 New York City - Aug. 25, 2019 Palm Desert, California).
Our Father, Hank, lived a full, amazing and extraordinary life. He was born in New York City and graduated from Logansport High School in 1955. He was a true patriot, serving in the U.S. Navy as an officer aviator. He was very proud that his sister, Joan, pinned his wings on his uniform upon graduation from flight training.
While serving in the Navy, he met and married Nurse Lieutenant Peggy Davis. Honorably discharged as a Lieutenant, USNR in 1968, he was employed by Pan American World Airlines where he served as a navigator and later as First Officer.
Having flown out of numerous stations, his favorite base was West Berlin, Germany. At the Berlin base, his short intra-European trips brought him home each day as opposed flying long, international trips that would take him away from his family for weeks at a time.
He then left Pan American and joined United Airlines as a First Officer and eventually retired as Captain flying a 747. When he moved out of West Berlin, our parents bought a farm in Longbranch, Washington and raised a herd of registered Black Angus.
After our loving Mother, Peggy, died in 2005, Hank sold his herd and the farm and relocated to Tacoma, Washington. He remarried in 2008 and split his remaining time between Tacoma and Palm Desert, California, where he succumbed to cancer.
He is survived by his wife Linda Schmidt (Palm Desert); his children Susan, Timothy and Eric; his sister Joan Mote (Richard) and their children Keith, Miranda and Molly; and his beloved grandchildren, Ella and Connor.
Hank was loved and will be sorely missed. Per his wishes, Hank was cremated. His ashes will re-join his first love, Peggy, at the Tahoma National Cemetery. The service was moving and beautiful and attended by family and a close friends.
Published on January 13, 2020
To plant a tree in memory of Henry Capron Schmidt, please visit Tribute Store.

Plant a tree in memory
of Henry

Barbara Wolfe
Remembering Hank as Joan’s “big brother.” Joan and I have been friends since first meeting at Franklin in grade school. Over the years we have shared lots of fun times with our extended “gang “ from slumber parties to ball games. Weddings and children and grand children. Recently gathering for a Christmas party with “the gang”. Hank wasn’t around us much but his adventures were always noted. Love to his family. Cherish your memories and may your Faith sustain you.
View all