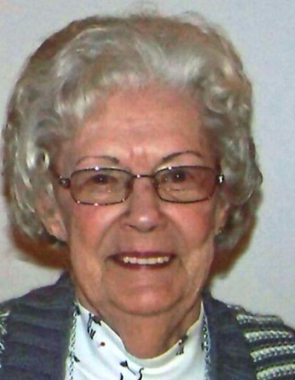 Back to Eileen's story

Eileen J. Slifer, 88, Twelve Mile, passed away on Tuesday, Feb. 18, 2020, at her residence.
Born July 2, 1931, in Cass County, she was the daughter of Hugh Arnold Kingery and the former Alta G. Morrow. On Sept. 12, 1948, at the Baptist Temple in Logansport, she was married to Howard "J.R." Slifer, and he preceded her in death on Jan. 27, 2009.
Eileen attended Metea High School, and she lived most of her life in Twelve Mile. She served on the Cass County Planning Commission from 1978-2010. For many years, she had belonged to the Eastern Star, and she was a lifetime member of the VFW. She worked alongside her husband for many years at their Ford dealership in Twelve Mile, Slifer Motors. Many nights were spent with family and friends over the years listening to music, playing cards, and helping with events sponsored by Twelve Mile Fire Department, American Legion, and the Eagles Lodge. She was known for her ornery wit and feisty personality.
Survivors include two daughters, Donita J. (Jim) Hook, Logansport; and Anita E. (Steve) Boldry, Rochester; 11 grandchildren, Rob Hook, Wendy Burton, Doug Hook, Bill Hook, Eric Slifer, Marcus Slifer, Gabby Slifer, Libby Bahr, Tammy Bonnell, Brad Boldry and Scott Boldry; 19 great-grandchildren; two great-great-grandchildren; and many nieces and nephews.
She was preceded in death by her parents; husband; one son and daughter-in-law, Charlie and Helen Slifer; and one brother, Charles Kingery.
Funeral services will be held at 2 p.m. on Sunday, Feb. 23, 2020, at McClain Funeral Home, Denver.
Visitation will be from noon until 2 p.m. on Sunday, at the funeral home.
Memorial contributions may be made to the Twelve Mile Fire Department or Twelve Mile First Responders.
Published on February 20, 2020
To plant a tree in memory of Eileen J. Slifer, please visit Tribute Store.

Plant a tree in memory
of Eileen

A place to share condolences and memories.
The guestbook expires on May 20, 2020.

Marilyn Tracy Crosby
Eileen was a childhood friend and neighbor. We spent many happy days together. Charles, my sister Charlene, Eileen and I all went to Metea High School together and rode the same school bus. Such fond memories. My Mother Elda Kirtland Tracy and Eileens Mother Alta Morrow Kingery were childhood friends also and went to Osage
school together. Rest in peace Eileen.
Bill Pickart

Blue Caribbean was purchased for the family of Eileen J. Slifer by Bill Pickart.  Send flowers

Daniel Schramm
Aunt Eileen looked great at 88 years old last October at my mom's funeral (Patty Slifer). She was dressed sharp, had a big smile, and walked around with grace.
A few blocks from my house in Katy Texas is a museum with an old Model T, Model A, old Ford pickup. I have and will continue to think of Aunt Eileen, Uncle JR, Grandma and Grandpa Slifer, and Slifer Motors. That Ford garage is so interesting and could be a museum!
Love and prayers to all the family. Daniel Schramm, Houston Texas
View all 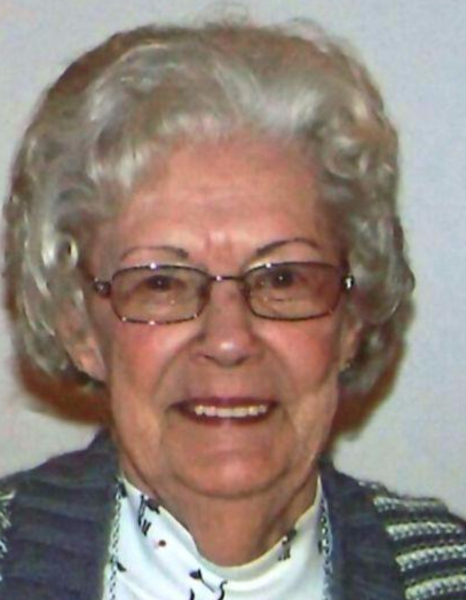