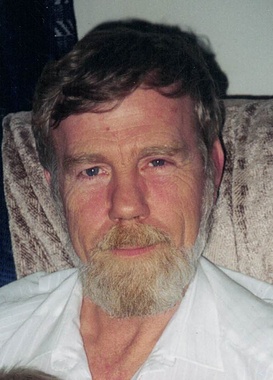 Back to Daniel's story

Daniel F. Shank, 68, of Wauseon, Ohio, formerly of Carroll County, passed away unexpectedly at the Fulton County (Ohio) Health Center early Friday morning, Jan. 10, 2020. He was born in Traverse City, Michigan on Dec. 6, 1951, one of 10 children to the late Paul Raymond Shank and Dorothy (Bragg) Shank.
Dan graduated from Carroll High School in 1970 and on Dec. 23, 1974, he married Jennifer Bowyer. Together they were blessed with two children, Michelle and Sean.
Before retiring, he worked as a plant manager at Bailey PVS in Delta, Ohio. Some of Dan's hobbies included being a musician where he was talented playing the organ, keyboard guitar and other instruments. He also enjoyed lamp making, but nothing took the place of following his grandchildren in their various activities and school events.
In addition to his wife Jennifer of 45 years and his children, Michelle Hettmansperger of Delta and Sean (Jennifer) Shank of Edwardsburg, Michigan, he is survived by his brothers David, Dale (Gloria) and Mike (Joyce) Shank; and grandchildren, Hana, Jacob and Jaxon Hettmansperger, Julie and Madie Fox and Daniel and Jonah Fisher; along with loving nieces and nephews. Dan was also preceded in death by his brothers Paul Raymond, Jerry and Stan Shank; and sisters, Helen, Georgie and Sally.
In honoring his wishes, there will be no public services and interment will be private for the family. Arrangements have been entrusted to Barnes Funeral Chapel, 5825 St. Rt. 109 in Delta. Those wishing an expression of sympathy may make memorial contributions be given to St. Jude's Children Research, 501 St. Jude Place, Memphis, TN 38105 in Dan's memory.
Online condolences may be sent to the family through our website at www.barnesfuneralchapel.com
Published on January 13, 2020
To send flowers to the family of Daniel Shank, please visit Tribute Store.

Send flowers
in memory of Daniel

Lois Smith
Jenny and family, I am very sorry for your loss. Dan was a wonderful man. Love and hugs
View all