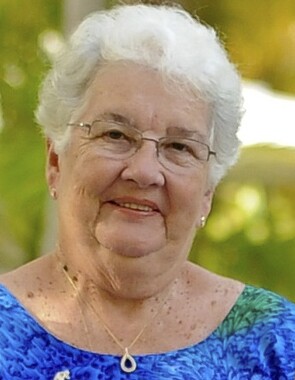 Back to Barbara's story

Barbara (Barb) Lee Reed died peacefully in Key West, Florida on Thursday, February 20th at the age of 77. She was fiercely passionate about her Christian faith, family, and friends. She served so many in her communities in Venture Out, Cudjoe Key, FL and Cass County, IN.
She provided unconditional love and devotion to her family. Barb is survived by her loving husband, Joe Reed, of Logansport IN/Cudjoe Key, FL; and her 4 children and their families;
David (Son), Amy (daughter-in-law) and grandchildren Matt and Meghan Reed
Neil (Son), Kathrina (daughter-in-law) and grandchildren Andrew, Samuel and Michael Reed
Aaron (Son), Susan (daughter-in-law) and grandchildren Ella and Sophia Reed
Cindy (Daughter), TJ (son-in-law) and grandchildren Todd and Graham Rothwell.
She had loving siblings, Sharon (sister) & Roy (brother-in-law) Jennings, Kathy (sister) & Pat (brother-in-law) O'Keefe and Debbie Gilreath (sister). Betty and Gordon Mounts (sister and brother-in-law), Steve and Joyce Reed (brother and sister-in-law) and Jim Reed (brother-in-law)
Barb was born in Hobart, IN to Harold and Nell Gray on September 15, 1942. She received a Bachelor of Science in Psychology from Purdue University and a Master's in Social Work from Indiana University. She raised her family near Walton, IN. A strong advocate of public education, Barb worked as a school counselor and social worker in the Logansport School Corporation for over twenty years.
Barb was an avid Cubs fan, long before they broke the curse of the goat. She was a champion for the League of Women's voters and believed that everyone should vote. She was an active community volunteer, serving organizations across Cass County, including the Cass County Big Brothers/ Big Sisters, Relay for Life, Walton Library and Onward Christian Church and was a supporter of the Cass County United Way and Cass County YMCA. Barb and Joe also received the Changing Lives Award in recognition of their long time, dedicated support of Ivy Tech Community College.
In recent years, she and her loyal dog June volunteered in the pet therapy, Love on a Lease program. Barb served on the Venture Out condominium board. She also spent time tutoring individuals who were preparing to sit for the US citizenship exam. Additionally, she embraced hosting multiple international exchange students who not only enriched the lives of her family, but also the community as a whole. She traveled the world every chance she got with a special love for the homeland of her father, Ireland.
Whether it was organizing a prayer chain, a family gathering, or an event centered around one of her many philanthropic activities, she was a woman of passion and heart and led a purpose driven life. She will be missed but leaves a lasting legacy.
Memorial services will be held in Venture Out community center on Sunday 2/23 at 1pm in Cudjoe Key, FL.
A Celebration of life will be held at a later date at the Onward Christian Church in Onward, IN.
Published on February 24, 2020
To plant a tree in memory of Barbara Lee Reed, please visit Tribute Store.

Plant a tree in memory
of Barbara

A place to share condolences and memories.
The guestbook expires on May 23, 2020.

John, Linda & Michael McManus
Barb was a very special lady to our family. We will miss her. Prayers for Joe and her family.
GARY MAYS & FAMILY
MAY GOD BE WITH THE FAMILY AT THIS TIME..🛐🛐🛐🛐🛐🛐
Marquita Pryor
We shared much working at Franklin Elementary together in Logansport. She'll be so missed. Barb touched so many lives in such a positive way.
Dave Kitchell
Our deepest sympathies to Joe and the Reed family. She was a tremendous woman and it should be noted if not for her and the late Ken Marsh, we would likely never have had the Big Brothers/Big Sisters movement in Cass County. She asked me to help with it initially when she had a meeting at Four County Counseling Center and it was the first time I agreed to serve on a board. Through that effort alone, she helped hundreds of Cass County young people whose lives were touched by some great role models. As board president, I named the Marsh-Reed Award for her to recognize the top corporate sponsor of Big Brothers/Big Sisters.
She will be missed, and the Walton/Tipton Township Public Library never ...had a better advocate.Read more
View all 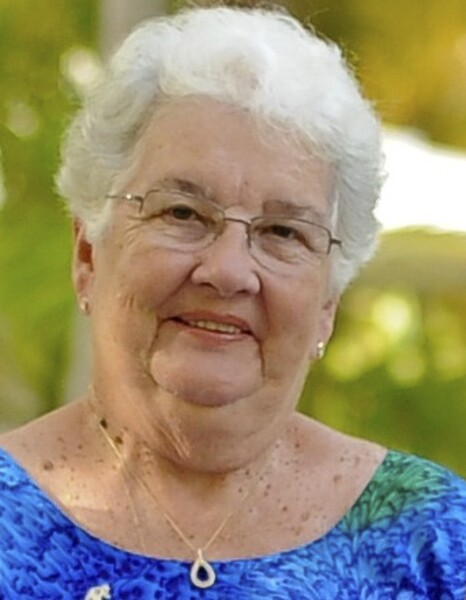